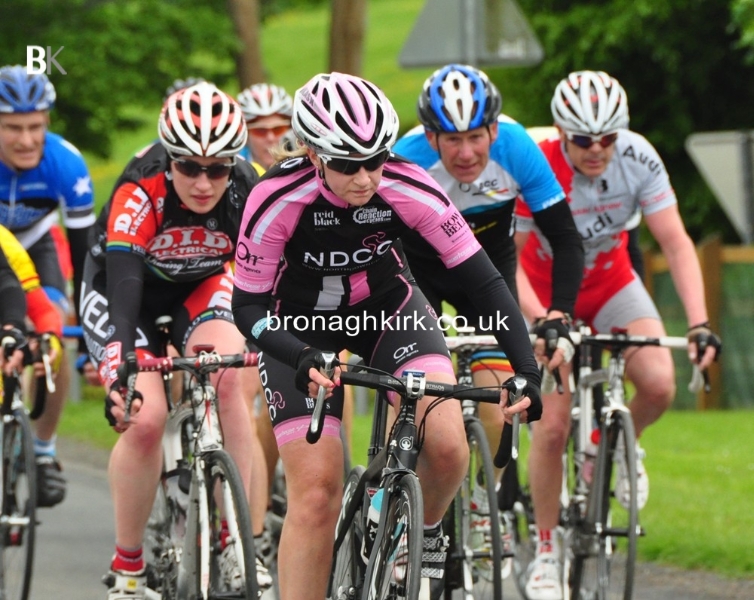 Saturday saw round 8 of the Bling Bike Kit Ulster Women`s league, with the West Down Grand Prix at Katesbridge in County Down.

Again the Women were pitted alongside the men’s Masters event which made for a lively race with over 35 competitors.

Sometimes racing alongside the men does not give a true reflection of Women’s events, but the girls made their presence felt throughout the three laps of the 8-mile rolling circuit.

Riders, male and female, were dropped throughout the race, leaving a bunch including 5 women sprinting for the win.

First across the line was Dalton, who does not count for the Ulster League, however she was closely followed by Rea and Mitchell, with the Phoenix rider getting the verdict by half a wheel.

The result sees 6th placed rider Lorraine Jeffers (East Tyrone) move clear at the top of the League Table, closely followed by Donegal woman Sandra Devine. This pair are the only two riders to so far have recorded 8 scores in the series, and with three rounds remaining we may well see some changes in the overall standings, as a riders best 8 scores from 11 rounds will count.

Round 9 will be the North Down Grand Prix in Donaghadee in a fortnights time.