The weekend saw a packed schedule of racing North and South of the border.  In preparation for the 8 day An Post Ras, North Down CC sent its riders to Hillsborough and Wicklow to compete in two tough races. 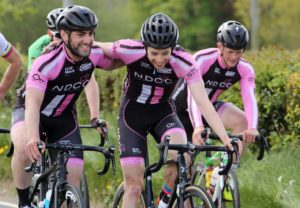 Image Courtesy of The Belgium Project

Hillsborough was the setting for the Tommy Givan GP, a notoriously difficult race but with thoughts of harder and tougher days ahead, this was a good race to test the legs. James Ambrose, known as ‘Jammy’ to his friends, has been cycling competitively for only four or five years and has shown to be a reliable and dedicated member of the racing team.  James never turns up expecting to sit in the bunch for an easy day, he is always in the mix of breaks, his calm nature belying his aggressive riding.  Saturday saw all this effort pay off, having been instrumental in splitting the bunch and causing a break, he accompanied by team mate Lewis Ferguson, pushed the other riders to the limit ensuring the ensuing peleton did not close them down.  When it came to the sprint, Ambrose was just outdone and came home a terrific second, while Lewis finished fourth. Great teamwork paid off in the end.

The clubs youth riders also had a great day’s racing.  The talented Nathan Keown and Katy Armstrong were in action in the U16 race.  Katy is eligible to ride in the category below U16, but showed integrity by racing with the U16 boys.  This was never going to be easy for the girls in the race but despite losing contact with the group, gutsily rode on to finish second female.  Nathan has shown promise over the last couple of years, and has held up his reputation as one to watch for the future by finishing fourth.

Shay Elliot was the first Irish cycling superstar having raced in the late 1950s-1960s.  He was the first Irishman to wear the Yellow Jersey of the Tour de France, amongst a host of palmares including stage wins in Le Tour, Giro D’Italia and Vuelta Espana. It is therefore fitting that The Shay Elliot Memorial Race in Co. Wicklow, perhaps the most iconic one-day race in the whole of Ireland, is a test of strength, will power and determination.  Racing through the Wicklow Mountains is going to hurt anyone but with the weather being favourable for a change, Dave Hamilton stuck the pace and finished a very respectable 8th place.

Considered to be one of the toughest amateur stage races on the national and international calendar, the 2016 An Post Ras starts this weekend.  An eight day event, that has seen Mark Cavendish, Tony Martin amongst others ride this race, it is not for the faint hearted!!  Gruelling long days of over 100 miles, through some of the most spectacular and scenic routes in Ireland, it is also open to some of the worst weather on offer.  The racing is fast and furious and not everyone makes it through the week, but to be able to say you are a ‘Man of the Ras’ gives a certain kudos in cycling.  North Down CC members Dave Watson, Dave Hamilton, James Ambrose and Lewis Ferguson will be representing County Down, ably assisted by Dave Watson Snr and Harry Adams.  Last year’s result in the County competition were very encouraging, and this strong bunch of lads will want to better or equal that.  NDCC wishes them well and will be following their progress keenly. 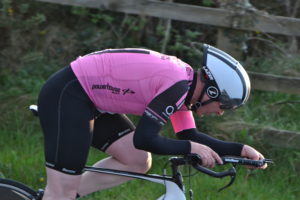 Time trialling is the quiet man in the cycle racing family.  Understated and generally unreported, this event is the purest type of race.  Rider v time.  There is nothing else that matters except time and speed.  You are on your own and cannot accept help from others.  There is no drafting or bunching.  Go out to fast and you will blow on the way back. Go out too slow and your time will reflect it.  It’s all about pace.  TTs have made and broken champions.  Remember Lemond and Fignon in Paris 1989?  Lemond won the Tour de France by 8 seconds on the last day of the race.
A day that has become infamous in cycling, it shows the impact a TT can make on a race. 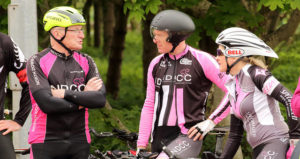 Image Courtesy of The Belgium Project

Ards CC have hosted the 25 mile Time Trial on the Portaferry Road for a number of years.  Such famous luminaries as Olympic Gold medalist Chris Boardman and Graeme Obree have ridden and won this event, indeed Boardman’s record of 49mins still stands.  The event had a big turn out with several NDCC riders entered.  John Rafferty has made TTs his speciality and despite the gale force headwind, he rode to an incredible time of 58mins49 secs.  Although not the fastest time on the day, it is a very fast time on a difficult, traffic busy course.  John will be aiming to repeat the fabulous season he had last year, lifting numerous Championship titles over various distances.

Last Wednesday saw the first of the Bow Bell 10 mile TTs, starting at the carpark in Millisle and turning on the outskirts of Ballywalter.  A fast course when the conditions are right but with a strong headwind home, times were considered modest.  However, there are two more 10’s over the summer so hopefully better weather will bring improved times.