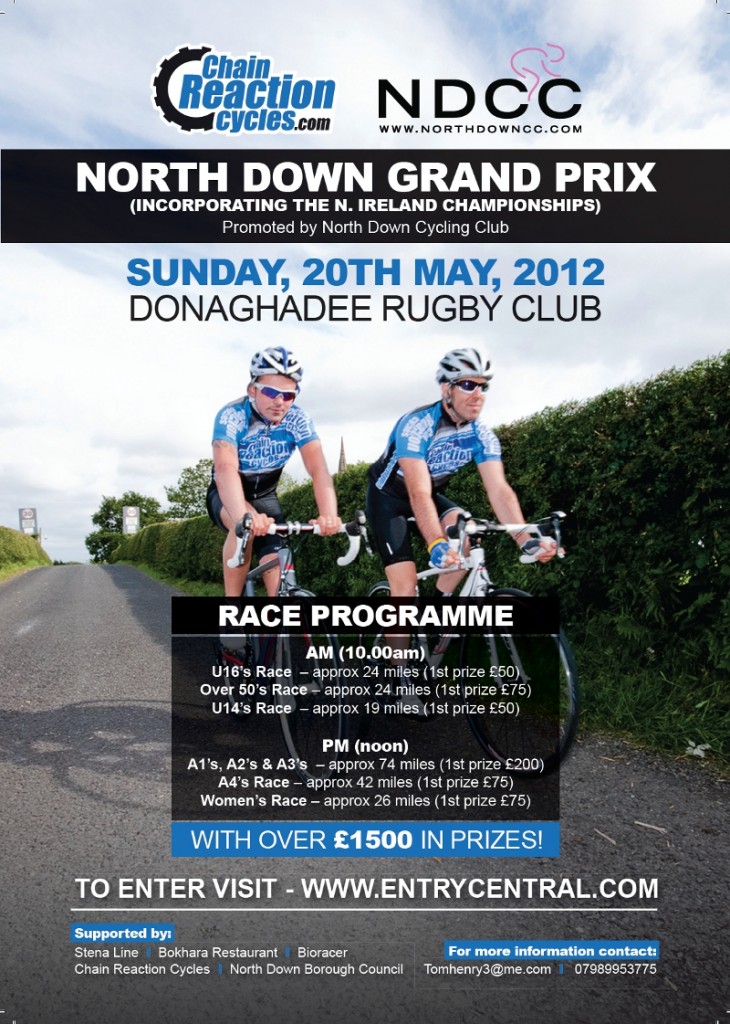 North Down CC have just announced details of the first road race championships of the 2012 season, which will be held on May 20th. The North Down Grand Prix in conjunction with Chain Reaction Cycles, will again incorporate the Northern Ireland Road Race Championships, and will take place on the exciting Bangor / Donaghadee circuit, with titles up for grabs for ladies, youths, juniors and seniors.

It should be noted, however, that although the North Down Grand Prix incorporates the Northern Ireland Championship, those from outside the Province will not be excluded. In fact cross channel riders competed last year and invitations have again gone out to Scotland and England as well as those in Ireland outside Cycling Ulster.

Those who have competed in the North Down Grand Prix in recent years will be only to aware of the extensive prize list. For example, in the senior event, the winner will walk away with £200, in the ladies race the first prize will be to the value of £75 and in the youth events there are first prizes to the value of £50! Only the championship titles are restricted to those who are normally resident in the Province of Ulster or are members of Cycling Ulster clubs.

In addition to the championship events, the progressive North Down club is also organising events for A4’s and over 50’s. With the entry in all the events being restricted, it is expected that the fields will again fill up quickly. Full information can be obtained and entries can be made through visiting the Entry Central website at: www.entrycentral.com and searching for North Down CC. Given the experience of last year’s races, which were held on the same circuit, we can all look forward to an exciting day’s racing.