Wednesday night was the annual Ardill Patterson Road race held over five laps of the Springwell Road circuit. It’s the only club race held on the open road now with most of the racing having moved to the Kirkistown Circuit so it was a unique opportunity for many club members to experience racing on the roads for the first time.

It goes without saying that Eric booked fabulous weather for the night so that he and Ulster’s most glamorous team of marshals didn’t have to stand in the rain all night like the ‘Ards CC team have to do every Tuesday.

The race was the traditional Stockbridge Road circuit with riders split into groups depending on ability and Eric’s willingness to accept bribes. There was a good turnout from other local clubs with ‘Ards CC, Bikeworks and Curran Racing sending their Top Guns. 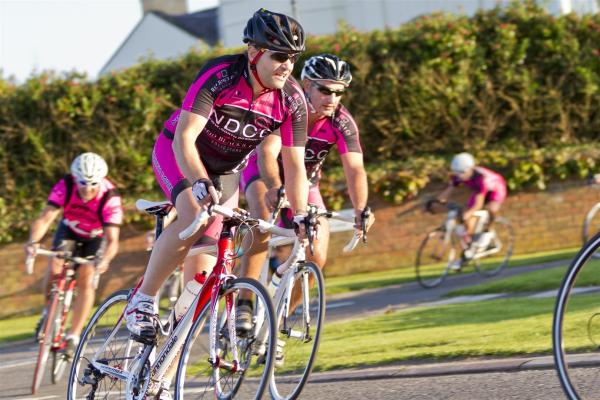 The groups were sent off with short intervals between them. Scratch group had it’s work cut out for them though with some riders refusing to share the workload. An unusual tactic for a club race but a tactic that would eventually determine the outcome of the race. Once the groups had come together and the finish line was within striking distance the Curran riders tested their form. It was Liam Curran away first in an ill fated move but once he was reeled in it was the classic “1-2” with team mate Ian Ingles launching of the front. Ian has been successfully racing track down in Dublin recently so clearly a man with some form. Gareth Murray from ‘Ards CC got away with him, no doubt enjoying a club race in sunshine for once, taking it to the finish line. Matty Blayney gave chase with Shane Farren giving it his best too but it was Ingles first over the line. Matty Blayney was first North Down rider however lifting the Ardill Patterson to add to his already impressive trophy cabinet.

Will Hamilton deserves special mention too for achieving a fine finish in the bunch amongst the senior riders. How many years before “Wee Wheeels” has his name on the trophy? 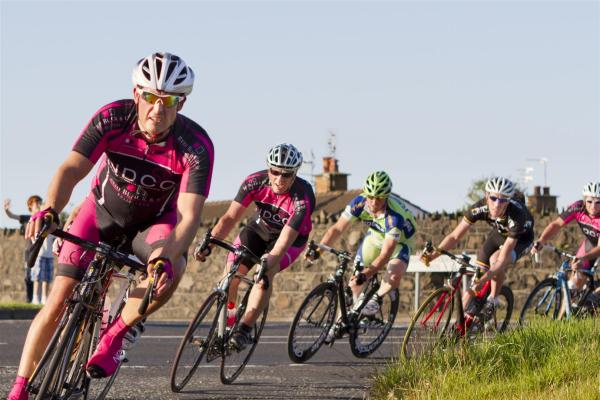 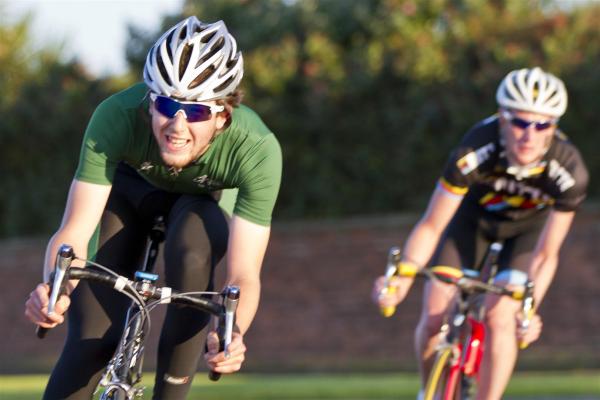 Tour of the Sperrins

Five of our touring team headed up to the Sperrins on Sunday.run by east Tyrone Cycling Club. The Sperrins are the largest and least explored mountain range in Northern Ireland with dramatic landscapes, rivers teaming with life, mountains, valleys, forests, lakes – a wonderful location for a cycling sportive. Eric, Alison, Ange, Ian and Ray “the legend” enjoyed good weather and some fantastic cycling roads with a great feed afterwards. If any of the club riders would like to use their bikes to see more of Ireland then touring is a fantastic opportunity to travel with some fantastic company. There are still plenty of touring events to run in 2012 and with a choice of distances usually on offer why not give one of them a go?