The road racing season began this weekend with the Phoenix GP held on the testing Nutts Corner circuit. The early start to the season in Ireland always means you are taking a risk with the weather and it did not fail to disappoint, being a cold, drizzly kind 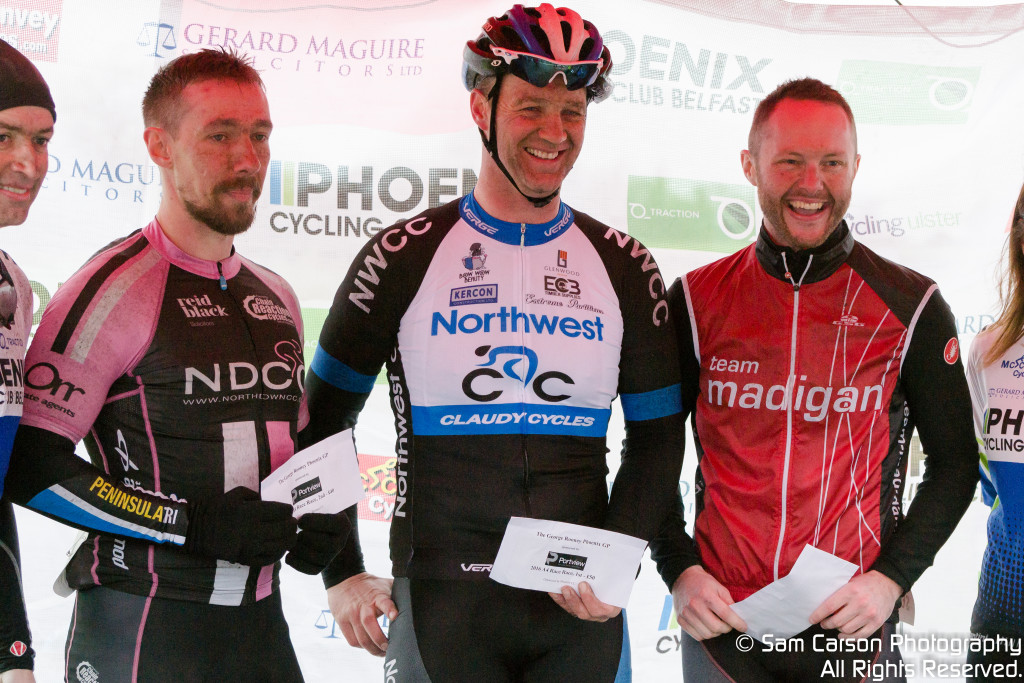 Timmy Burns takes P2 in the Phoenix GP A4 Race!

of day. North Down CC were represented in the all the categories but had success in the A3 and A4 races.
NDCC imposed itself on its competitors with Timmy Burns, a relatively new member of the club, taking a credible second place in the A4 race in what was an exciting sprint for the line. He held his nerve and despite being able to see the finish line for a considerable distance judged his move well, just missing out on the top spot. With racing like this, it will not be long before Timmy gets upgraded to A3. 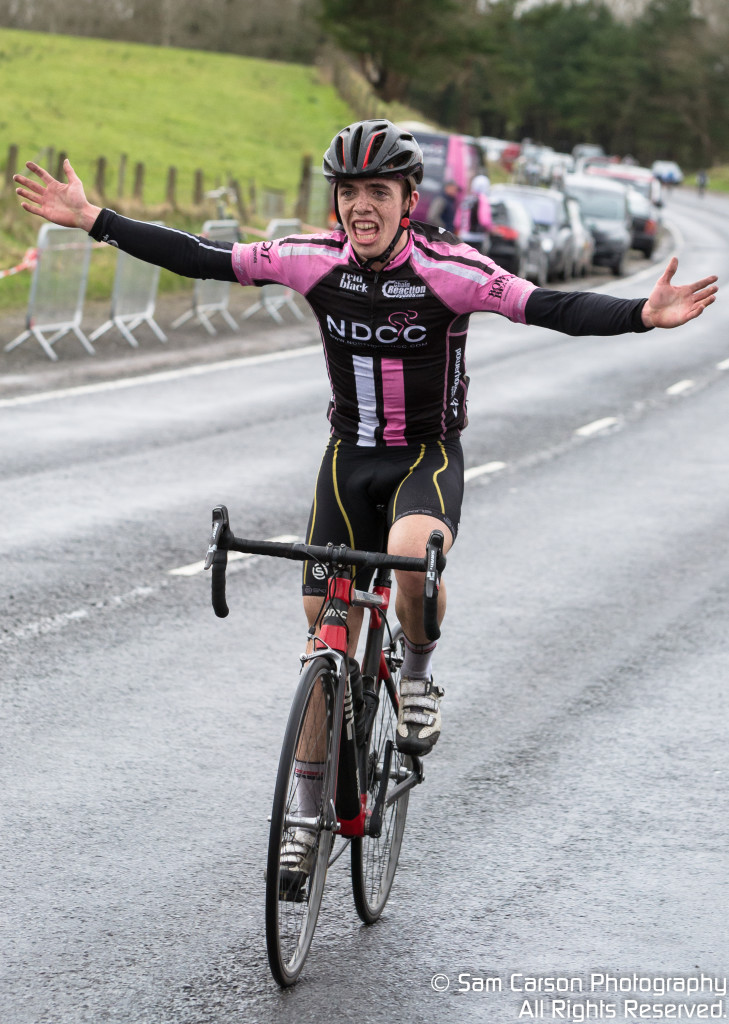 Joash Lawrence winner of A3 Race at Phoenix GP

However, it was junior rider Joash Lawrence who stole the day. A very talented, personable young man held in very high regard by his peers and clubmen, the Cycling Ulster rider took a fantastic win in the A3 race. Joash, the recipient of last years NDCC Bursary, stormed away from the race to win with a magnificent solo effort, made even better by his delighted mum being at the finish line supporting her son. More impressive still, is that Joash has to use restricted gears against older, more experienced riders. The hard winter training he has put in, aside from his A Level studies, has paid off and justified his dedication to the sport. Safe to say, Joash should have a very successful 2016 racing season.

Cycling has seen a huge rise in its popularity in the last few years, and the North Down/Ards Peninsula area is no different. Unfortunately, there are those who see cyclists as a menace, who get in their way. I wrote a few weeks back, that we are all just trying to get somewhere and no ones journey is more important than another’s. On Saturday, one of our riders, whilst returning home from his club run and riding alone, was assaulted by a passenger in a car with a pellet gun, but thankfully he was not injured. However, this could have had more serious consequences. On the same day, two other members riding single file were almost forced off the Groomsport coast road by a motorist showing no patience, narrowly missing oncoming traffic. On Sunday, a driver slowed down beside a club member just to verbally abuse him. Whilst cyclists are not without blame, these types of incident are without justification.

As mentioned last week, the new clubrooms at Bangor Sportsplex are open for business. The official unveiling will occur on Saturday 27th February between 2pm and 4pm. Guests of honour will be the Mayor of Ards & North Down and our many sponsors. Members of the club are welcome to come and attend.

Just a reminder that CRC are having a club discount night on Tuesday 3rd March, at the Boucher Road Flagship store. Be sure to come along and bag some bargains.