The club AGM was held on 10th October to a now customary packed club house. It was good to see such fantastic support for club from the membership.

Ian Blayney opened the meeting highlighting the growth of the club over 2012, achievements, charity work and drew attention to the increased membership of youth and female riders. He also announced that the club was to commit to supporting an all female team through the 2013 season.

Myles Geddis took over in his role of treasurer announcing that the club would be awarding £13,000 to charity thanks to events run throughout the year. A fantastic amount that everyone in the club should be proud to have helped achieve.

The official posts for 2013 remained largely unchanged with the exception of touring secretary being taken up by Clare White, Open race secretary by Matty Blayney and club race secretary by Martin Piper. Many thanks to Patrick Bertenshaw, Tom Henry and Eric Blayney who have performed these roles with such dedication during recent years.

New members elected onto the committee are Paul Ferguson, Shane Farren, Jan Stevenson, Michael McMullan and Keith Humphries. The club in indebted to these volunteers who selflessly and altruistically give up their free time to support the club and it’s members.

Latest member to North Down Cycling Club is Councillor Andrew Muir. Andrew has been awarded the exceptionally rare distinction of honourary membership in recognition of the work that he has performed to promote safer cycling in the North Down area. Anyone who has cycled on our roads will know that this is a massive battle since most North Down drivers have, at best, a vague understanding of how to share the road. Upon hearing of his membership Andrew stated:

“I feel very privileged to be granted Honorary Membership of North Down Cycling Club. Since becoming a Councillor over two years ago I have greatly enjoyed combining this role with my interest in sustainable transport as a Sustrans Cycling Ranger and sport as a member of North Down Athletics Club to establish a Bicycle friendly Borough. Cycling is good for the body, mind and environment and must be made safer and more attractive.

When I became aware of inconsiderate and sometimes dangerous driving by lorries servicing quarries in the Craigantlet Hills I immediately took action liaising with the Police and meeting quarry owners onsite. Through this determined approach I hope that lorries will no longer endanger the lives of cyclists. I do however encourage anyone with concerns to contact me if the problem reoccurs.

In addition to this work I continue to lobby the Council and other bodies to upgrade the final section of the North Down Coastal Path to accommodate cyclists and pedestrians alike. More recently I have also called upon Council to change the by-laws, remove the No Cycling Signs and lift the threat of prosecution for any cyclists using sections of the path already upgraded to accommodate cyclists.

In recent months I personally raised concerns with the Justice Minister concerning the need for an improved response from the Criminal Justice System concerning motorists who injure cyclists on the road. Every ghost bike is one too many.

I am also campaigning for the provision of improved cycling parking facilities in Bangor and Holywood Town Centres, a Cycle Hire Scheme, greater enforcement to ensure safe unobstructed passage along cycle lanes, improved Cycle Path cleanliness through regular sweeping to remove debris and a new cycle path network between Belfast and Donaghadee using the pavement and spare road space near Orlock.

I will continue to work with all relevant partners in the Bicycle Friendly Borough campaign to address these and other issues. Together We shall Overcome and put the wheels in motion towards a safer and more attractive cycling culture in North Down.

It was the turn of North Down to host the popular cyclocross series on Saturday. Despite heavy rain resulting in very a muddy course turnout was good not only from North Down riders but visitors as well.

In the end, visiting rider, Roger Aiken (Banbridge CC) ended up lapping everyone apart from Matt Adair in second though coming up close on their heels was local man Lewis Ferguson.

North Down was well represented through the field however with our under 14s in particular upholding honours with some very strong results. Colm McLarnon failed to finish despite a very fast start though it seems he not the fastest cyclist in the family. Daughter Molly finished as first girl in her class! Local ‘cross legend Michael Hamilton also showing some potential promise for the rest of the season with a top ten finish. Could this herald a return to the glory days? 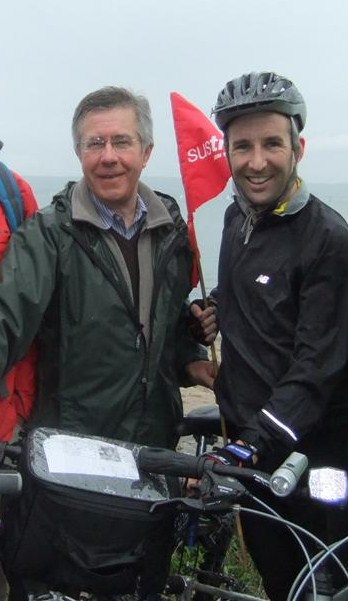 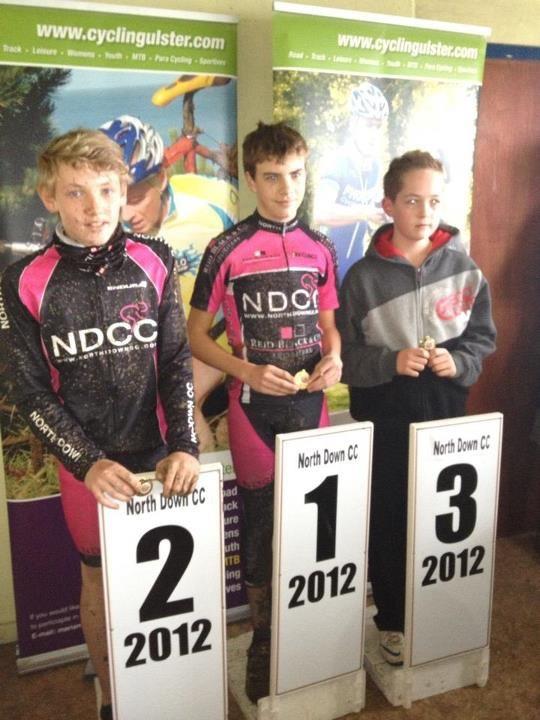 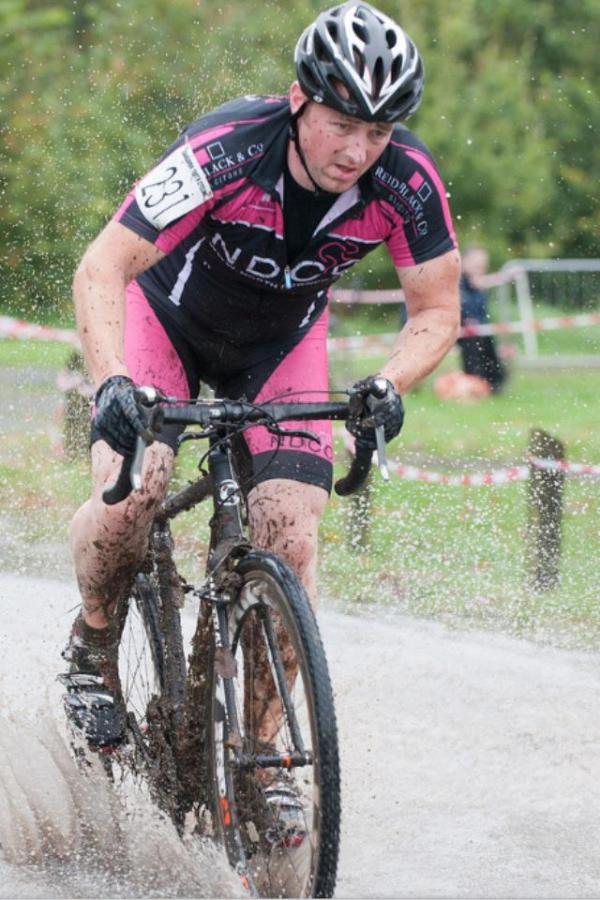