It’s been a busy year for our star North Down rider. Janine McNally has been spreading her wings and taking in some of the larger races down South. After dominating the local racing scene, early season, she has upped her game and been featuring strongly in the Irish National League with a strong ride at the Irish Championships to her name.

Fortunately this fantastic talent has not gone unnoticed and Janine recently received a call from recently crowned Irish Champion, Ciara Mcmanus, to invite her to ride in the Ulster squad at the Ras na mBan. This is a huge stage race based around Ennis, County Clare with female riders from all over the world hoping to win this prestigious event. 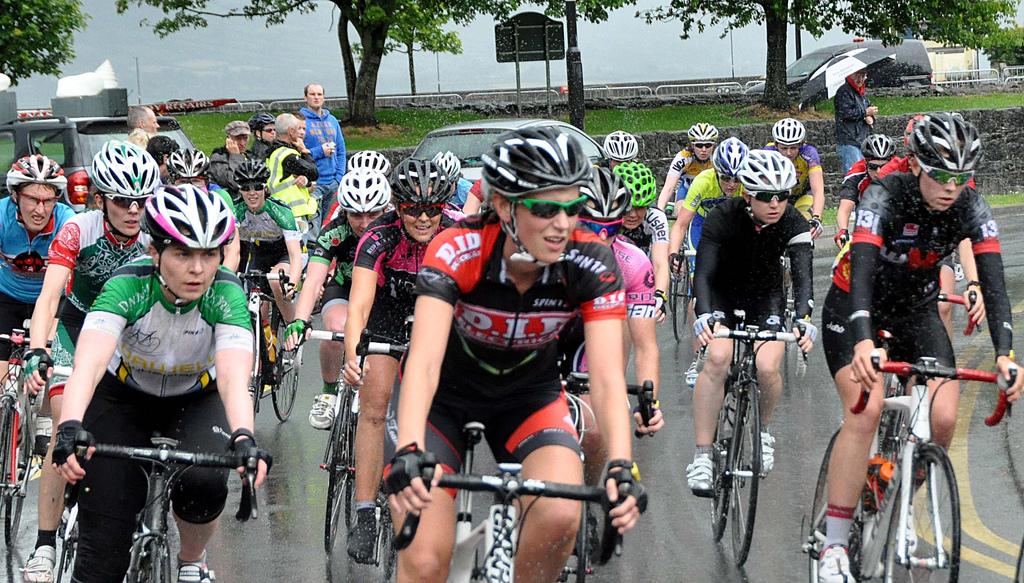 Janine in the thick of it

Janine has plenty more on her plate however prior to The Ras with the 2013 Ulster Championships coming up soon and everyone at North Down wishes her continued success and congratulations on this honour. Between Janine McNally winning on the road and Rachel Mitchell dominating UCI track events who would bet against “Clubman of the Year” being a woman this year?