The annual Banbridge Crit races took place on Wednesday 24th July in Banbridge town centre. Three races were accommodated for, including an over 50’s and ladies race, an A3 race and the final and main race of the evening which saw the A1 and A2 riders take to the demanding street circuit.

The circuit was a fully closed 1km town centre circuit, starting and finishing on Banbridge’s main Newry Street above the well-known ‘Cut’ with fast open sections, fast sweeping corners and a drag that while at first may not have appeared too vicious but certainly become a significant section of the circuit when the pressure was applied. 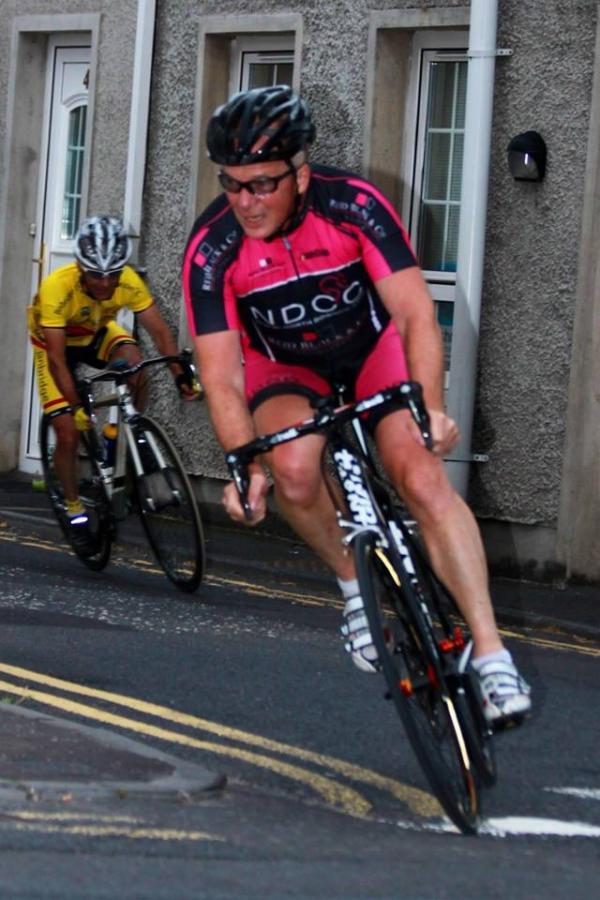 Paul Swenarton was our lone representative making the trip to Banbridge whilst his North Down clubmates chased each other round in circles at Kirkiston. Despite having to ride the race on his own against a very strong Banbridge Club that had turned out in “en masse” Paul was determined to make the journey up worthwhile. His first big dig of the evening was an assault on the Primes but he narrowly missed this by a bike length. After that there was just the chequered flag to go for. With just over a lap to go Paul exploded out of the bunch and made a desperate assault on the finish line. Showing everyone where his talents lie Paul time trialled all the way to line to take the result. A fantastic first place in the race against a very determined field. Congratulations Paul, another fine result to add to your other trophies collected through the course of the year.