It’s been another busy week for the North Down athletes but being Bangor’s largest club means that we can cover most cycling events throughout the country. Action kicked off on Wednesday evening with the popular Ards CC Crit round the Newtownards Street circuit. High speed action ensured with North Down putting riders competing in every event. Notably the club entered a high number of junior riders. Well done to all – you’re the stars of tomorrow. 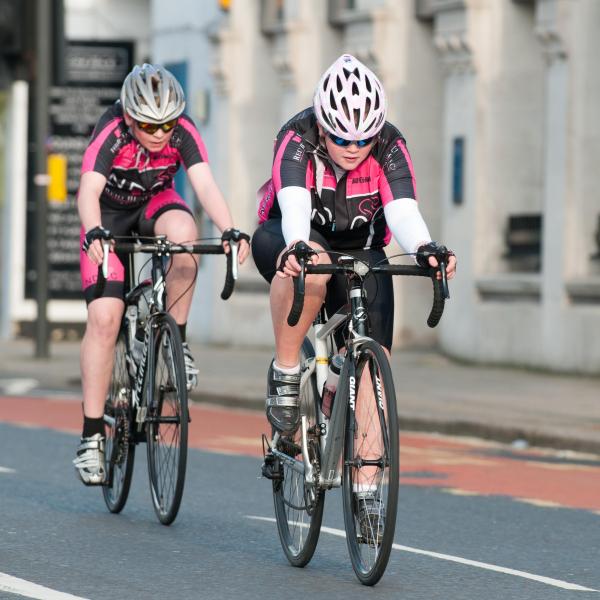 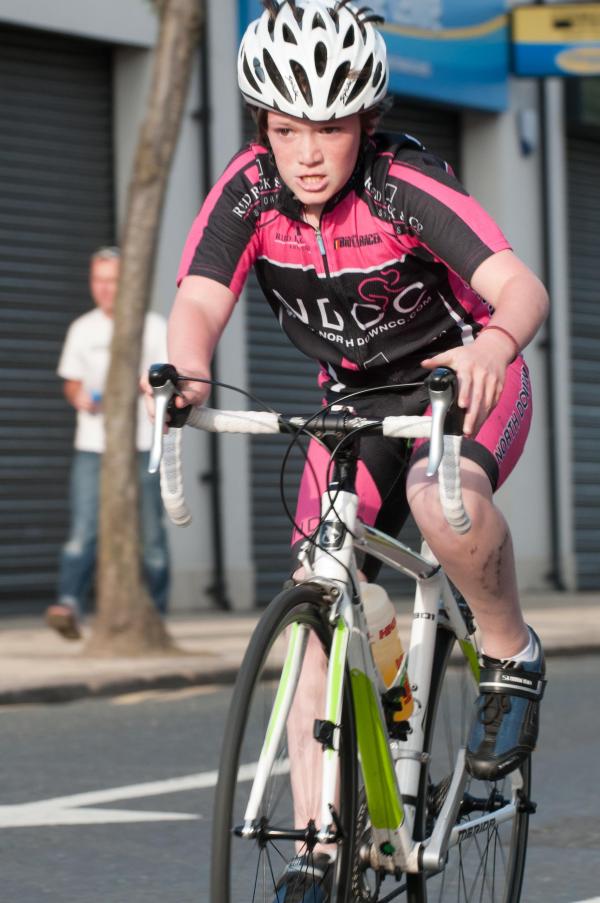 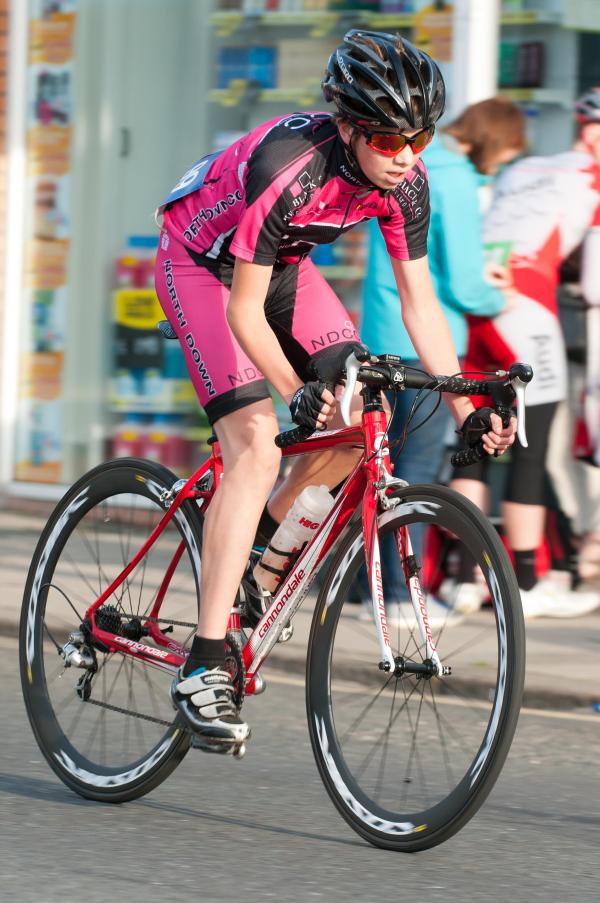 Thursday had our hardy members spread the length and breadth of Ireland. While the mountain bike division was tackling the Orra Mountain Time Trial in dreadful conditions Declan McMackin was down in County Tipperary representing the club at the Irish Time Trial Championships. Competing against full time Pro Tour riders such as Brammeier and Roche, top testers like Hutchinson and local men turned pro like Martyn Irvine, Deccie put in a creditable performance finishing amongst Ireland’s finest. There is still a lot of time left in the TT season so hopefully Deccie will build on this performance through the rest of the year. Congratulations also to Mary Hunter (Dromara CC) for coming in 5th in the ladies TT event.

Whilst this was all going on the rest of the club was down at Kirkistown for the Forme Coaching Racing Skills session put on by the club to develop our riders.
Forme Coaching is a professional cycling coaching company based in the UK and Ireland established to provide the complete solution to all cyclists who are passionate to make improvements on the bike. The company utilise tried and tested training methods from Ex Professional Cyclists, Stephen Gallagher and Dan Fleeman. Recreational and competitive cyclists across all cycling disciplines from road to MTB can now access the same knowledge and skills professionals use to train effectively.
Stephen turned professional in 2003, with 2008 being one of his most notable years winning the FBD Rás whilst riding for An Post Sean Kelly team. The 43 club members listened intently as Stephen described race tactics, the skills and confidence to manoeuvre quickly and safely in a bunch, raising awareness of dangers riding in a bunch, the variables to use to their advantage and how to ride in a small group. Gary McKeegan who provides both coaching and physiological testing with Forme Coaching provided further support in coordinating the practical sessions which followed the pre-ride brief.
Time to get on the bikes. The members practised in small groups how to tackle moving in around an obstacle in a group safely and safe bunch riding. Back into the classroom for the next de-brief…cornering. The rain was not going to dampen the spirits of the members as they got back onto their bikes again and headed out to practice taking corners safely, smoothly and then putting down the power out of them. A quick change in direction of taking the corner and then everyone returned to the classroom for a Q&A with Stephen and Gary.
A great night with an enthusiastic group of riders who clearly wanted to learn how to improve their riding techniques. Forme coaching were very encouraged to see a cycling club keen to support their riders both in the development of their own racing style and safety when racing or out on club runs.
If anyone is interested in learning more about Forme Coaching, details can be found at www.formecoaching.com

Touring Events
During the weekend the action didn’t stop with male and female riders competing in the Maracycle – the epic ride form Belfast to Dublin then back again! 225 miles over two days with some terrible weather along the way to contend with. A fantastic ride by all involved. Sunday then saw our hardy ladies and gentleman of the touring section head across the water to Scotland for the day taking advantage of the special offers from Stena. Club members enjoyed a good days riding round Scotland’s roads before returning home later that evening.

It wasn’t all touring over the weekend however with one North Down rider making the journey to Davagh Forest near Cookstown for Round 6 of the Irish mountain bike Series. Torrential rain over the week turned the course into a mudbath in places but on the day the sun shone making the race well worth the journey up. What had one week prior been a stream crossing on the course turned into knee deep river crossing but there have been no reports of racers being swept away. Many thanks to Carn Wheelers for putting on this event with some excellent food laid on post race.

At a recent committee meeting it was decided that a red flashing LED would be required for all riders competing in Time Trials. This rule will shortly be coming into effect and applies to riders from visiting clubs also. This rule is already in effect on the larger time trial series throughout Ireland and the stipulation is that the light is visible from 100 metres in broad daylight. Competitors would be encouraged to start complying with the new rule before it comes into effect later in the year.
As an additional bonus the bright rear facing light should make drafting during time trials a much more unpleasant experience for the following rider.
Pictures Courtesy of Eric Blayney